The Spiritual Center on Main Street

Jan 20, 2011
I dreamt that I was in a car with my family and we were headed to a restaurant in a small town in Main Street (you know the ones where they have really cool old buildings and store fronts of unique shops and family owned restaurants, one gas station and one stop light.... ) anyway we saw the restaurant but my husband didn’t want to park in front of it, so he backed up to the street before and pulled into a parking spot (diagonal space, where the car points to the store front) I asked him why we couldn't just park in front and he said that it would be better to park here so when we left we could go through this one street instead of going the other way, I thought it was crazy and left it alone... I then pass by a store and realize that it is a mini spiritual center, my Reverend B was there, and I was so excited to see her, she has a real connection with my kids so we went in to surprise her and say Hello, I walked in and realized that it was filled with books, cds, cassettes and various things to do with spirituality.... She was alone and she hugged us and then we sat down on the couch and talked, she mentioned that this was a place for people to rent things and buy things for their own spiritual enrichment and that they needed to be more central and local. She said that the ILC (Spiritual church) is still there, but they wanted to create something smaller and more readily available as well. I though it was a neat idea, I looked at some cds and thought to myself, "hmmm, I can rent these and then share them on a web seminar, so more people can have access to them and we can have a big discussion, maybe once a month, showcase a new author, coach or fascinating person." Then people started coming in, I realized people were being counseled and groups were getting together to talk and discuss various topics, some were just hanging out, and soon I felt crowded, my kids and I felt like we needed to leave, it was a bit too much... my baby threw up on some guy we didn’t know who was holding her, and so I cleaned her up and left, the outside air was refreshing...... then I woke up
Insights welcomed.
This was a Full Moon Dream, where a group of us set an intention before going to sleep. The intention was :  "How do I allow love to blend my masculine and female energies to heal myself/the world".
Posted by Glory at 9:37 PM No comments:

Dogs in my space, where's my power?

I was in my basement with my husband. We are standing in the room where the breaker box is, we want to shut the power to the playroom (this is my baby's room now).  There are tags indicating which switch goes to what room, I see one clearly marked "playroom" but instead of my husband switching that one off, he switches 4 of them at the same time, right underneath the switch marked playroom.  He asked me to go upstairs to check if the lights were off in the playroom, I knew it wouldn't have been, but i didn't argue and headed up the stairs.  As I go up, I see a German Shephard in my house, I am scared and I wonder how I am going to remove him. He wants to play and go further into the house, so i decided to sit on him slightly as to tame him and control him a bit.  After a while I am able to grab him by the collar and take him out.  I quickly shut the door, I then investigate and checked my other doors so he won't come in a different way.  I go to my front door, and the wind is opening and closing my glass door.  I see a big sheep dog and another dog on my porch trying to come in.  I grabbed the doorknob and closed the door shut quickly, it was difficult since it was so windy.  I turned around and there was a black Lab licking my hand, I recognize him but now I have to get him out through another door.  I go to the previous door, and the German Shephard is still there waiting to come in.  That's when my husband comes up to say, "Hey, what about the lights", I explain what happened and the I woke up.
End of Dream

Synchronicity 1:  A few days after I had this dream, I was walking with my girls and we saw a black Lab coming towards us, had no collar or tags, a little scary but we soon found out he was friendly, my daughter remembered a neighbor getting a new dog, and so we took the dog to that neighbor and sure enough it was theres.
Synchronicity 2: Neighbors behind us never had a dog and all of a sudden they have a German Shephard in their backyard, I wonder if there daughter has been home for the holidays and it's hers.


Interpretation or Insights...
After i wrote these synchronicities, I realize the words "collar and tags"  which reminds me of the dream where the switches had tags (i think of identity) the dog in real life had no tags yet my daughter knew where it belonged.  Clearly the dogs in my dream didn't know where they belonged, i felt like they were trying to invade my space, like they were coming in without permission, clearly crossing a boundary.  But they just want to play???? Is someone trying to shut off the power to my playroom??? Am I not allowing myself to play???  What are the different types of dogs trying to tell me???  It is interesting that one is a German "Shephard" and the other a "sheep" dog, and I felt like i was herding the dogs away from the inside of my house. 4 dogs and 4 switches.  When someone else is in control of my "power" I no longer can control what comes into my space, my living space.

Insights are welcomed.  Start with " If this were my dream..." and keep it in first person as if you are experiencing the dream for yourself.... refrain from saying "you"

example... If this were my dream i'd wonder why I didn't speak up when my husband asked me to go upstairs and I knew that he shut off the wrong lights, also for me dogs may mean a man's best friend, loyalty, playfulness.  So I'd wonder why are these loyal pets (which aren't mine) trying to come in?  I wonder if the dogs are the playful parts of me that want to be recognized and allowed back in?

Also pulled a tarot card, "The Lover's" here is an image. 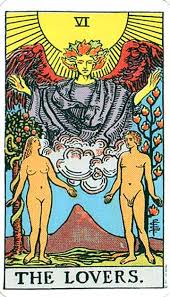 Glory
Glory Nelson is the Co-Founder of Awake N Dream. She is a Dream and Life coach who has spent many years helping individuals realize their life’s purpose by exploring their sleeping dreams and real life synchronicities. Glory uses many spiritual tools like the tarot, numerology and the Mystical Qabalah. She has a unique way of combining all her tools together to create a magical yet practical view of a dream.